Are you wondering if you should add ducks to your backyard homestead? Maybe you are thinking about starting with ducks over Chickens?

Here are a few quick reasons I recommend adding ducks to your flock:

Read or Pin for Later: 6 Things You Must Know Before Getting Ducks

If you are thinking about getting started with ducks, there is one major mistake we made.

We have a half-acre pond and thought, why not get some ducks who can enjoy this beautiful pond we have.

Good thing we didn’t get started on that while they were ducklings.

Our ducks are terrified of the pond. Several times we have tried to walk them towards the pond, and as soon as they hit the water, they come right back out.

They are scared. So I was the sucker that kept filling up those plastic $10 pools from Walmart. Daily because they dirty up the water so quickly, and every other animal wants to take a sip of it.

Some friends of mine suggested not filling the pool, and they will eventually go to the pond.

Then a puddle that is big enough for the ducks became their home. I was disappointed but glad I didn’t have to fill the pool anymore.

It was just a few days past the first day of spring, and the girls and I have been walking up more towards the pond. The ducks have been quite curious waddling behind us.

Since first writing this post, we’ve incubated ducks and have had our share of wins and losses. For example, when we cut back a lot of the brush to the pond and gave them easy access to it, they all end up doing it with no problem now.

The biggest tip if your ducks won’t go in the pond, give them time and be sure they have a nice clear path to get in and out.

I find in the summertime, the ducks want to stay out at the pond, and this is when we lose some. I haven’t found a solution to that one yet. It’s pretty hard to get ducks to go back in the barn if they are out in our pond at night.

Sure enough, after a couple of days of walking around the pond, they were right at the edge with three of them on the actual water! Then, of course, our dog came over and scared them out, and it’s been a couple of days, and they are back to their puddle, but I am confident they will venture back out.

So if you plan on having ducks at your pond, be sure to raise them near the water source you want them at. When I stopped filling the pool, I found the ducks in the water buckets. They will get to the water as long as you provide it.

UPDATE: We have had our ducks for a year now, and they finally dipped into the pond. I am pretty sure it was due to the females losing their fight to a predator. Our two drakes Harry and Jerry, now go into the pond. The first few weeks, they wouldn’t go very far. They were scared of the Koi fish. After a couple of months, they will go from one end to the other now.

Hey, at least they aren’t destroying the lawn with their beaks in the puddles anymore. 🙂

Please do yourself a favor, and as ducklings, have them near the water source you want them to stay at!

What tips do you have for raising ducks?

Don’t Forget to Pin It!

Have no idea if doing thus right but just wanted to say have truly enjoyed and appreciate and learn something new every time vist thus site. Yal truly are GG THE GGRREEAATTEESSTT. THANKS Steve Hall

Aww I appreciate that Steve! Thanks so much :)

I had the same problem. An experienced friend advised me to drag one of my giant dog cages down to the pond, half in half out of the pond. Catch as many as you can and close them in. Only feed them all there—in and around the cage—and hide the kiddy pool and other water. I only caught one female, but it worked. I left the cage there, door open, for 10 days. They hugged the sides for a couple weeks, but now cruise all day long, love it, spend more time on the water than land. And I think they finally regard the pond as a safe place, although I do put them in a coop every night for safety..

Awesome! Yes we've had about 15 more ducks since I wrote this and continue to make sure they are locked up at night and early morning.

We acquired 13 ducklings and now are about 8 months old! Your story is almost exactly like ours! We raise them in a pan and then to the kitty pool and then to the sprinkler and then we tried to put them on our pond but they were scared of it! They would rather fly over it then land in it! We finally got them close to the ponds edge where they all kind of swim around and then an alligator came to our pond so now we’re back to square one, absent on large gator! Keep my fingers crossed every day that maybe they’ll venture out until the pond but so far we still have all 13! So enjoyed your article!

Oh my goodness they have a good reason to be scared! lol. The ducks eventually went into the pond, BUT I'm more hesitant on them going abck to the pond, because the coyotes are too smart for the ducks. We incubated a batch this spring and lost another drake back at the pond. I have now gone back to keeping the ducks in the pig pen with the pigs mud holes and a kiddie pool.

I have 2 ducks and live on a river the exact thing happened to me. I would put them in the river and they would freak out. One day my duck lost her footing and fell in the river and she liked it, eventually the male followed. They stay close to shore but every morning as soon as I open the pen they head to the river now.

It is so funny how they naturally are so scared of water. I'm so glad our ducks now go to the pond too. They were still quite hesitant with the fish in it. They are fun to have around the homestead though. 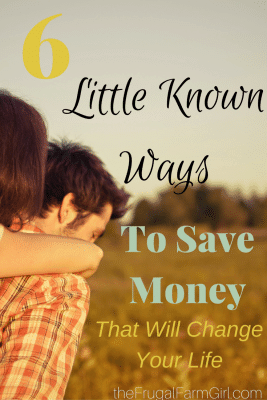 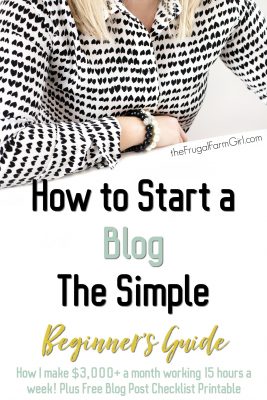